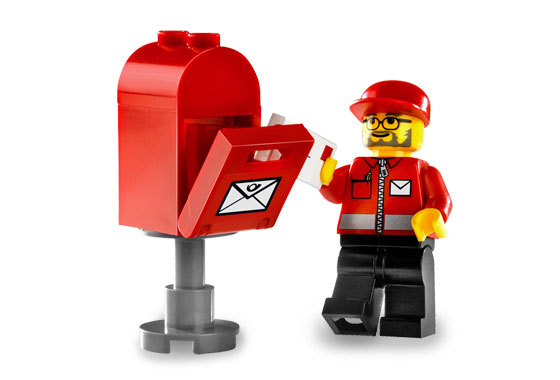 Welcome to our 2nd Newsletter. It is now 4 months since we sat around a table across from Pops Toys discussing the formation of zaLUG. It was on that day that I met Iain and Clark for the first time. It has been a great ride so far and we have achieved so much more than we ever dreamed of, and that in such a short time frame. I want to thank everyone who have contributed in this time and especially Iain and Clark who have put in many hours and continue to put in the hard work needed to make this a success.

It is at this stage I would like to personally thank Riekus Niemand who designed our 1st website. Riekus did HOURS of work for us and designed a great site but we needed to host it with Afrihost that costs money. We had an offer to host the website url for free but in order to utilise that offer the site had to be redesigned to work with the new server. We thank you for all your work Riekus and will never be able to repay what you have done in the early stages of the formation of the LUG. We also thank Willi Badenhorst who now hosts the site on his personal server and have redesigned the website.

We have grown our membership by almost another 50% since the 1st meeting that includes 2 TFOLS. We had many meetings about our vision with stake holders in the industry and we will give updates at the 31 July meeting. The brand awareness grew amazingly and with our new more interactive website that is likely to improve even more. We also want to thank Tony for sponsoring the wire minifig and Dax who traveled with that very heavy minifig to hand deliver it our community manager Jan Beyer in Billund, Denmark. 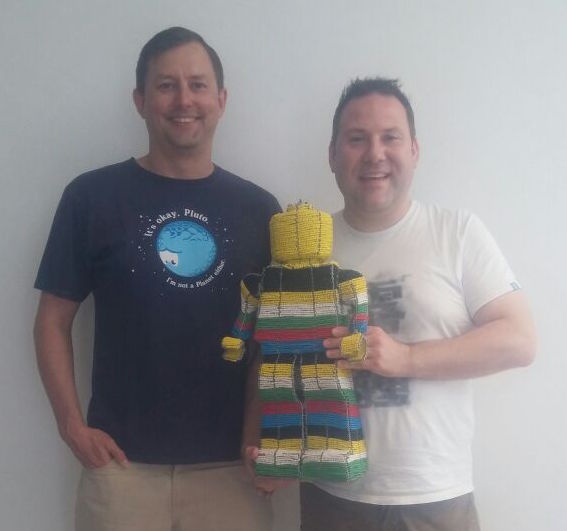 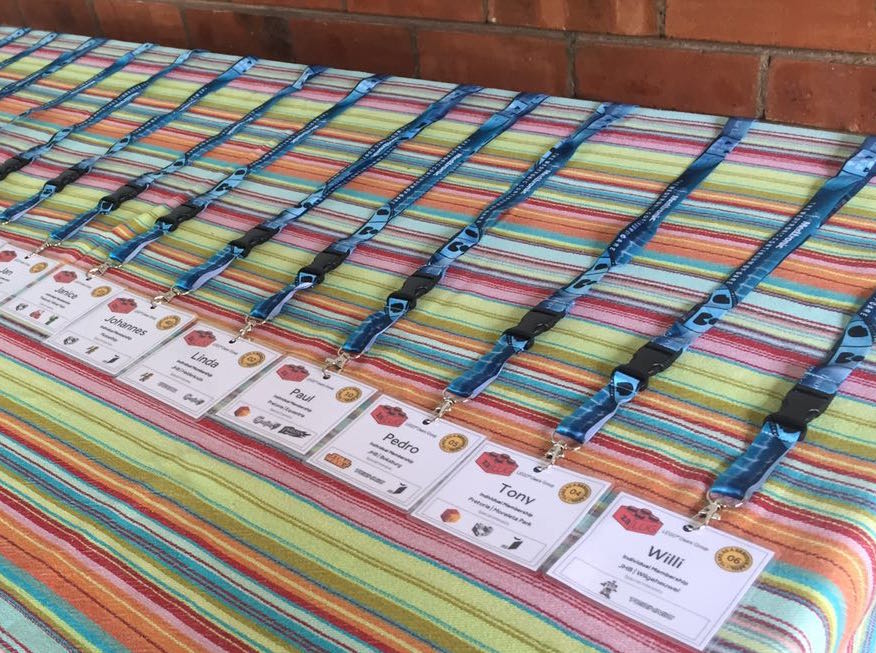 Feedback on your Feedback

After the 1st meeting I asked one of our registered member to set-up a survey to see what you guys liked and where there was room for improvement. I would like to take this opportunity to thank Linda Lier for all the hard work.

There will be detailed feedback at our next meeting with visible improvements but please read some of the highlights below.

There were 13 people who gave feedback and the ratings came out very positive. There ratings were all above “good”. The talk by Paul Doran, “Introduction to LDD”, was received very positively and we had requests for a follow-up going a little more in-depth. We have other talks planned first but that was noted for the future. At the 31 July meeting our educational talk will be by Tony Graham and his topic is: “LEGO® Geometry and Building in Different Directions”

It was suggested that we should host more fun games and include more people. For the 31 July we organised 2 events to run simultaneously. The challenge at this early life cycle of our LUG is that we don’t have enough LEGO® pieces/sets to have many different type of events and/or events with different sets. It will improve with every meeting but please keep telling us how to improve in a constructive manner.

Attendees really enjoyed the venue. There are however requests to have LUG meetings on a rotational basis in the East Rand and Pretoria as well. That was our plan from the beginning. Should you have a venue that offer the following we would definitely do a site visit with the intention of future utilisation; safe parking, use of the conference facilities, LEGO® displays are in a safe environment away from public prying hands, kids can’t wander off, play area for the kids, braai facilities and most importantly it must be free!!!

This issue I thought I would highlight one new part that arrived in June.

Very similar to part 11090, first appearing in 2013, it has a bar instead of a clip. These two parts complement each other very nicely, and make a very nice hinge.

I think the bar version may be more versatile as parts with clips tend to be smaller than parts with bars. Allowing for smaller more delicate joints and builds.

A few ideas, and yes one nicked from the brick bank. 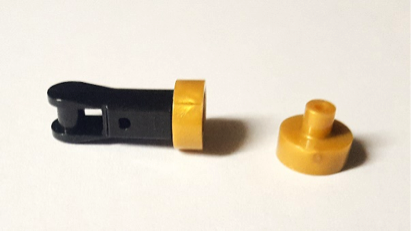 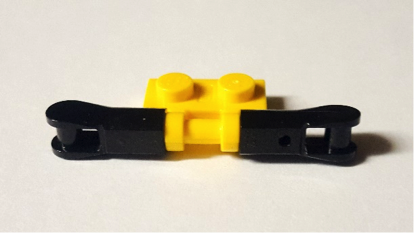 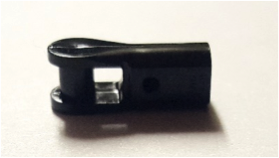 Always be prepared for “One More Thing…”

Want to become a member?